Martin Posted on November 10, 2013 Posted in Uncategorized No Comments 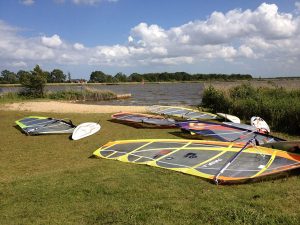 This was as much a social as an AGM. The meeting purpose was to formalise the end of the club year and agree committee members for 2014. Four new committee members were appointed; Neil, Ros, Jeff, and Wendy. Two key promotions with Gareth as Vice Chairman, and Simon bravely taking on the Membership Secretary role. Special thanks go to Pat for VC support for longer than anyone can remember, and Philip for providing an exceptional membership secretary service for the last few years. Sadly Graham has decided to retire from committee life.  A key ‘helper’, previous news letter editor, and major contributor to committee meeting AOBs. Graham, thanks and look forward to sailing with you soon.

Finances, membership numbers, and website traffic continue to be strong. Some challenging weather in 2013 resulting in the annual Fun day being cancelled, but the Come and Try day was successful despite some extreme conditions. A membership survey will be carried out in 2014 to check for member satisfaction and seek new ideas. A Hickling Windsurfing Club facebook page will be trialled through 2014 to help the club engage with it’s members on-line.

It was good to see that the function room at St. Andrews Football Club had been updated. A good turn out but the out of town location was not quite as popular as previous City centre venues.

This site uses Akismet to reduce spam. Learn how your comment data is processed.

Any cookies that may not be particularly necessary for the website to function and is used specifically to collect user personal data via analytics, ads, other embedded contents are termed as non-necessary cookies. It is mandatory to procure user consent prior to running these cookies on your website.